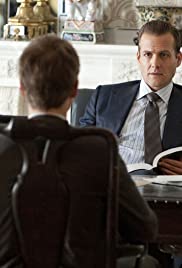 It appears to be a bug when you are redirected to the sign-in page.
Try another browser.

We’re told this one started in the early 1990s, between a full-term Republican Congress and a President Bill Clinton who was less a progressive Democrat than a centrist middle-of-the-road “triangulator” of the sort that have dominated that party in recent decades.

And yet, in that political climate – it was also in that time period that Clinton’s very progressive 1994 State of the Union speech and the message of his 1996 reelection campaign also signaled his arrival on the national stage as a hero of the progressive wing of the Democratic Party:

What if we could win the peace that most Americans are calling for, but keep America strong and safe, at the same time? I am not suggesting we can, or should, preserve the weapons that won the Cold War. But for the sake of argument, let’s assume we could.

These folks may recall that Clinton made one of his own 1994 State of the Union speeches a year earlier an impassioned argument for the ratification of a United Nations Arms Trade Treaty – just weeks before it was ratified. In the 1996 election, the Clinton campaign played up the idea of his 1994 speech and wanted to duplicate that theme for his reelection.

The result was a 30-second TV spot titled “It Takes One” which contrasted a President Clinton who sought peace but was ready to use military force with a “do-nothing” Republican Congress.

Then, there was the Veterans of Foreign Wars (VFW) message to the Senate in 1996, which, like the “It Takes One” ad, also contrasted Clinton with a Congress that might not act.

In the latter case, VFW National Commander Robert A. Shuford said, “If we are not careful, with insufficient preparation and coordination, government could become a burden to the working men and women.”

I think the VFW missed a moment in the early 1990s, when the civil rights movement of the 1960s still lived in our minds, but most – especially younger voters – hadn’t joined the “Reagan generation” who ignored the efforts of Martin Luther King, Jr., to end racial segregation in our society.